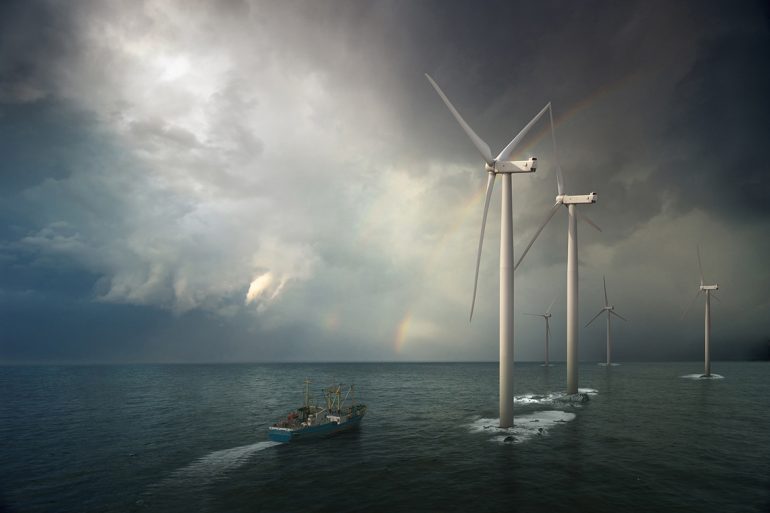 Solar energy is the largest energy resource on earth that offers abundant renewable energy resource to mankind relatively well-spread over the globe. It can be captured and transformed into heat or electricity. There are several technologies commercially available for converting   solar energy into electrical energy. These are broadly classified into two groups: solar photovoltaics (PV) and solar thermal or concentrating solar power (CSP).

In Bangladesh, only solar PV has gained acceptance because of ease of application and affordability. The main limitation of solar PV is that it requires a huge land for useful power generation from ground-mounted solar PV ranging from 3 to 4 acres of land per megawatt depending on solar irradiance and efficiency of the solar PV system. Thus, in a densely populated country like Bangladesh the space for generating utility-scale solar power is very limited because of competing demand of land for agricultural or other uses.

The technological innovation that has minimised the burden of land requirement is Floating Solar PV.  The general layout of a floating solar PV system is similar to that of a ground-mounted solar PV system. The only difference is that in floating solar PV system, the PV arrays and often the inverters are mounted on a floating platform. The floating platform is held in place by an anchoring and mooring system (figure 1). The direct current (DC) electricity generated by PV modules is gathered by combiner boxes and converted to alternating current (AC) by inverters. For small-scale floating solar PV plants near the shore, it is possible to place the inverters on land. Otherwise, both central or string inverters on especially designed floats are typically used. The platform, together with its anchoring and mooring system, is an integral part of any floating PV installation.

A floating solar PV system can conveniently be installed on still water bodies such as ponds, lakes, dams and reservoirs. Floating solar PV technology has a number of advantages over land-based equivalent. The foremost benefit is that it takes the advantage of idle water surfaces, and hence there is no direct competition with agriculture or other uses of land. Secondly, floating solar PV panels have higher power generation efficiency compared to the ones installed on land, thanks to the cooling effect of water underneath the panels. The cooler environment also reduces stress on the system, extending the system’s lifespan.  Thirdly, floating solar panels can shade the water they float on and reduce evaporation which is crucial for water conservation in dry season. Fourthly, floating solar PV is potentially less prone to shading and typically performs in a low-dust environment. Finally, operation and maintenance costs are also often reduced because the water needed for cleaning is available at source and components are less likely to overheat.

Bangladesh, located on the delta of three major rivers, possesses an enormous quantity of water bodies including rivers and streams, lakes and marshes, haors, baors, beels, reservoirs, ponds, and estuarine systems with extensive mangrove swamps. These water bodies dispersed throughout the country offer ample scope for expansion of floating solar PV plants of different capacities, provided the authorities concerned might find them out.